THE BIGGEST SHIFT – The Day My Mother Said “I Love You”

Whats  the greatest shift you have ever experienced?

One of the greatest shifts in my life was at 4 pm one afternoon while I was sitting on my balcony, having a conversation with my mum.

We had been having a 10-year conversation about her wishing I had become a “psychologist” and earning over 6 figures like my fellow university graduates from psychology.

For years she was critical about my business and about my music.

In fact, when I first graduated from University they (my parents) wanted me to go earn a “proper” living as a psychologist.

I had completed already my training as a kinesiologist before I finished my uni degree and whilst at University had opened up a small practice in Sydney, Australia and also was seeing a few clients at home.

I was demonstrating the power of kinesiology at markets in Bondi and Newtown and found myself at every convention sharing the power and accuracy of being able to make shifts and changes oil beliefs, behaviour, emotions and biochemistry with kinesiology.

I loved how I was making an impact, what I was learning about myself and more importantly what I learned about energy, how we create pain and suffering and how to release it.

My parents did not want me to pursue the practice because they had worked so hard as full-time musicians in their own business and were afraid I would not make enough money.

By the time I was 23 years old, I had purchased y first property purely from the savings and income from my Kinesiology practice.

Mid 20’s I knew I had to bring my music passion and work together. I had to step into the artist that I always was. The artist who had been writing poetry since 14 years old, the writer who would make up songs whilst hanging with dad during rehearsals and big band performances.

When I went on this path, again I faced major setbacks from having no support or belief from the people I cared about most – my parents.

Yet somehow when I made the choice to embark on music and weave it into my work as well as step out as an artist in 2008, within a few short years, I was performing exclusive events, gigs, had written and recorded over 10 albums (3 artist songwriter ones , several singles and over 10 meditations and transformational albums). 2016 saw me sing with a full string orchestra to thousands of people at the vivid festival and even perform at the Sydney Opera House (although 7 months pregnant) for New Year’s Eve.

So coming back to that one afternoon I was conversing with mum, I was triggered by yet another “doubt” or critical question she had that always positioned my life back to – “you should go back to a “stable” job ( and since when had I ever had one actually? I had worked in my own biz since forever) I was upset and asked her “What else do I have to prove to you that I am successful??!!, I have a house, I have never asked you for money, I have maintained a mortgage, I have paid outright for all my music album expenses (believe me this runs into the tens of thousands which is a massive deal when starting right?), I proved to you I can have a successful practice and I don’t know why you don’t believe in me?”

With the most loving words I ever heard her say she say “pussycat, (kocicko – in Czech), I’m scared because I don’t understand how you have even created half of what you have created. I don’t know how you even keep the mortgage going, I don’t know how you have paid for the albums. I don’t understand. I am just a flute teacher who has always pushed hard and worked so hard for every dollar we saved when we came to Australia and I don’t want you to struggle like I did. I know you don’t struggle but I don’t know how to believe or support you when I never believed in myself. Your success and you are a mystery to me.”

“Isn’t it enough that I just love you?”

With those words, I melted. I understood her like never before.

I understood she wants to believe in me but her own challenges around belief and abundance were in the way.
I never questioned her love. I always felt it but I just craved her belief.

I don’t need it anymore.

That was one of the biggest shifts I had ever experienced as I felt instant healing and dissolving of old wrong conclusions and BS I had created about why she did not believe on me.

I had an instant appreciation for having stuck to my path and for my mum. I just love her so much and I just got how incredibly proud she was of me. Amazed and besotted with however I created what I had created.

Appreciation is one of the biggest keys for PERMANENT transformation.

When you shift toward YOUR GENIUS ZONE, EVERYTHING will fall into place!

WORK WITH ANIKIKO ONE ONE ONE

Are you ready for a reset?

If you’re ready to pursue a different path or got the next level in the one you are on and don’t know how to get unstuck or where to start, you’re in the right place. I offer one-on-one, groups and programs. I designed my packages with real transformation, support and accountability needed to make sustainable changes to your work life.

Send me a message now. I’d love to connect with you!

THE BIGGEST SHIFT – The Day My Mother Said “I Love You”2018-12-082021-09-11https://truevoiceglobal.com/wp-content/uploads/2021/09/unknown-5.pngTrue Voice Globalhttps://truevoiceglobal.com/wp-content/uploads/2018/12/iloveyou.png200px200px
About
Anikiko
Creator of Music Nutrition, Artist, Mentor and Queen of Vibration with a force and presence that transforms lives, business and brands who are ready for more. Anikiko has delivered over 12,000 sessions working with some of the world’s best entertainers, business owners, CEO’s, high performers, hero mums and dads, navigate through the most pivotal times of their lives. She understands the artist journey having recorded over 15 albums of both pop genre and transformational music to shift, transform and entertain her listeners. Not for the faint-hearted, whether you work with her 1:1 or experience her training or music, she'll reach in, grab your soul and remind you of what you are here to do.
True Voice Global Copyright All Rights Reserved © 2016 | Privacy

You are Good Enough to Upgrade Yourself Image NowAll Star, Genius Zone 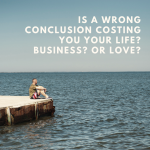 Is a WRONG CONCLUSION costing you your LIFE? BUSINESS? or LOVE?All Star, Business Mindset