Magnetize, Manifest and Keep Co-creating with Ease. Forget about the Letting Go! What are you Letting In?!

Just a few days ago, I was talking to one of my long-term clients and she is about to crack open a massive deal! We were talking more than she has ever been paid and only the kind of figures she dreamed of. As we were doing a check in on the phone, I encouraged her to get all the excitement out and let her have her heightened “freak out” as in “this is really happening if I land this” conversation out. She proceeded to tell me that now she has just got to get rid of anything that could be blocking her in actually landing the deal.

Now when she started talking about this, I stopped her in her tracks immediately. We have been working through so much letting go for a long time and she had done so much transformation already. I told her it was not about letting go of more crap or blocks or issues, it was just about focusing on what she was co-creating. It was all about what she was allowing and letting in and to recognize she had already magnetized something she had been preparing more than 10 years for and well-earned the stripes!

What you focus on is what you create. If you are always focusing on what to get rid of or what to let go then you cannot co-create and let in that which your heart most desires! It’s kind of like saying “don’t think about the pink elephant in the room behind you”. Impossible right? It is the same with this scenario.

She would have spent hours working on more to let go, consuming precious energy she needed for her presentation with the big guns. We saved her from that so she could fall back and surrender into receiving. She just used one of our  Music Nutrition audios for support before falling asleep and focused all her energy on what she does best!

There is no way I would have let her entertain more letting go and entertaining the possibility that she had “crap” and “blocks ” to remove.

Where are you over-focused on letting go instead of letting in?

It truly is invaluable to have someone to bounce off to help navigate you to maximize your energy in your greatest strengths which is why I’d like to invite you for a FREE month of Evolve and Enliven. Yes, a FREE month just for you!

Magnetize, Manifest and Keep Co-creating with Ease2018-04-162021-09-11https://truevoiceglobal.com/wp-content/uploads/2021/09/unknown-5.pngTrue Voice Globalhttps://truevoiceglobal.com/wp-content/uploads/2018/04/night.png200px200px
About
Anikiko
Creator of Music Nutrition, Artist, Mentor and Queen of Vibration with a force and presence that transforms lives, business and brands who are ready for more. Anikiko has delivered over 12,000 sessions working with some of the world’s best entertainers, business owners, CEO’s, high performers, hero mums and dads, navigate through the most pivotal times of their lives. She understands the artist journey having recorded over 15 albums of both pop genre and transformational music to shift, transform and entertain her listeners. Not for the faint-hearted, whether you work with her 1:1 or experience her training or music, she'll reach in, grab your soul and remind you of what you are here to do.
True Voice Global Copyright All Rights Reserved © 2016 | Privacy 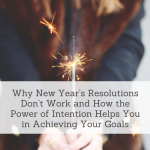 Why New Year’s Resolutions Don’t Work and How the Power of Intention Helps You in Achieving Your GoalsAll Star, Brain Enhancement and success 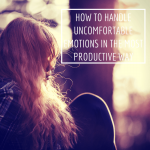 How to Handle Uncomfortable Emotions in the Most Productive WayAll Star, Brain Enhancement and success