So this is why I write music! Thanks Tim for telling me how much this song means to you and your daughter xx

I wrote this track for my dad and the cinematographer Matthew Horrex was moved by it also because of that “father-daughter” emotion in it.

You know, it was such an amazing team of people with Dana-Lee Mierowsky Bennett who directed, made it all happen and Erasmo Raimundo producer and so many more who were part of making it a success.

We won GOLD #ACS ( #australian cinametography award) . BACK IN 2010
I remember writing this song in one half-hour moment on my balcony.

I was tinkering around in my guitar with a little voicing I could not get out of my head and just kept strumming until the story on my mind and in my heart poured out about how my dad used to call me almost every day during a particular part of my life with a positive message of belief in me and who I am…That’s the kind of stuff you take with you into lifetimes.

That emotion. That memory. That feeling. Ahh love you dad Jiri Neradilek. Thanks for giving me this song and bring the A (Anikiko) team to see it.
This song was a dream come true and since its release, I’ve had numerous people License it for magical moments like weddings and ceremonies, a young ad for lingerie, plus it’s also been in Colleen Hoover’s book series film #confess thanks to the beautiful Elissa Down!

There’s really nothing else in the world that gives you the feeling of knowing or hearing that something you had a hand and has made such an impact on people’s lives!

Like no other is on youtube and if you like this song then I literally just gave away my new album Only Human here on
https://anikiko.com/

Like no other + Confess2021-02-152021-09-11https://truevoiceglobal.com/wp-content/uploads/2021/09/unknown-5.pngTrue Voice Globalhttps://truevoiceglobal.com/wp-content/uploads/2021/02/121006588_10156998815622757_670417675037258176_n.jpg200px200px
About
Anikiko
Creator of Music Nutrition, Artist, Mentor and Queen of Vibration with a force and presence that transforms lives, business and brands who are ready for more. Anikiko has delivered over 12,000 sessions working with some of the world’s best entertainers, business owners, CEO’s, high performers, hero mums and dads, navigate through the most pivotal times of their lives. She understands the artist journey having recorded over 15 albums of both pop genre and transformational music to shift, transform and entertain her listeners. Not for the faint-hearted, whether you work with her 1:1 or experience her training or music, she'll reach in, grab your soul and remind you of what you are here to do.
True Voice Global Copyright All Rights Reserved © 2016 | Privacy 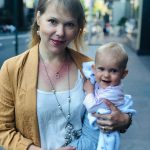 You’re not consciously dreaming enough! Are you ready to kill the safety switch?All Star, Genius Zone 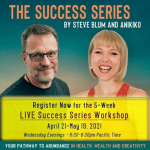